is a naturopathic physician who has helped thousands of people with chronic health problems, pain, stress, weight issues, digestive problems, hormone issues and more. She has a busy naturopathic medical practice in downtown Courtenay and has been serving the people of the Comox Valley, Campbell River, Powell River, Port Alberni and beyond since 1997.

Leave your email address below to receive a copy of our ebook.

The Seven Habits of Healthy Living

According to a recent review article published in the British Journal of Urology, in Europe, plant based medicines are much more popular prescriptions for BPH than their synthetic counterparts. Specifically, in Germany and Austria botanical medicines are considered first line treatments for BPH; they account for more than ninety percent of all medicines used in the medical management of BPH.

Here’s how it works: basically, it reduces prostate enlargement by reducing the amount of hormonal stimulation of the prostate gland.

Pygeum africannum, a tree native to Africa, also has potent effects on the male reproductive system. It is used clinically for BPH, prostatitis, male infertility and impotence. How does it work?

If this sounds like the care that you’re seeking, we’d love to hear from you.

Take the next step:
Download our free ebook, Optimum Wellness: The Seven Habits of Healthy Living

You can book a complimentary 15-minute “meet-the-doctor” visit anytime by calling the clinic. You’ll be able to ask questions, find out how we can help, and see if there’s a comfortable fit with your naturopath. 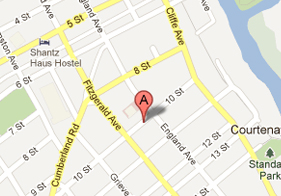