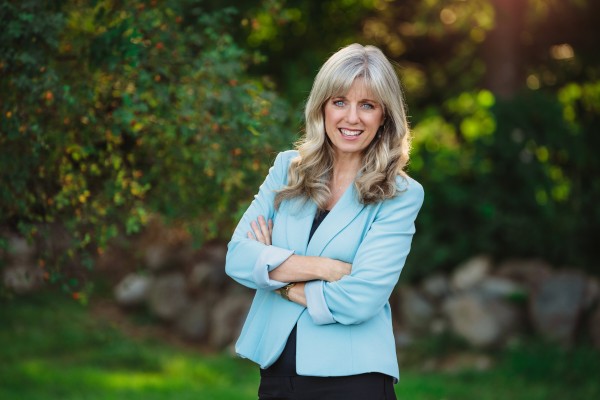 Together, our naturopathic physicians have treated thousands of people with chronic health problems, pain, stress, weight issues, digestive and hormone problems and more. Our busy naturopathic medical practice is downtown Courtenay has been service the people of the Comox Valley, Campbell River, Powell River, Port Alberni and beyond since 1997.

Leave your email address below to receive a copy of our ebook.

The Seven Habits of Healthy Living

Hormone therapy is an area of medicine that brings up both hope and fear. Hope that women can have relief from menopausal symptoms and hormone imbalances and fear that the same medicines we use to help can eventually cause harm. The goal of naturopathic physicians is to design an individualized program that is both safe and effective. I strongly believe that women need to be educated about all their choices for hormone management and that they need to consider the pros and cons of each option carefully.

Pharmaceutical companies, pharmacies, laboratories and authors have long equated hormonal therapy with profits. For years, pharmaceutical companies have promoted synthetic and horse hormones with the promise of eternal youth without ever having done proper long term studies. In 2002 the Women’s Health Initiative study was published. Finally, a placebo controlled study of the typical HRT regime, Premarin and Provera (horse urine estrogens and a synthetic cousin of progesterone) was conducted. It showed that after four years of use, there was clearly an increased risk of strokes and other blood clotting issues in the HRT group. The study, which was supposed to run for five years, had to be stopped, and women all over the world were advised to go off these medications. Breast cancer risk after four years also was slightly increased in the Premarin users. Women were scared and went off their HRT. Physicians, who had for years prescribed these hormones, were at a loss for what to do. Women were suffering with sudden onset of severe menopausal symptoms with no safe options being presented by their physicians. Even today, some physicians still prescribe these hormones, justifing some risk of long term illness from standard HRT with the immediate benefits for symptomatic women. There are other choices.

As a naturopathic physician, I have worked with hundreds of perimenopausal and menopausal women to help with gynaecological problems, hormonal imbalances and menopausal symptoms. Most times an individualized program can be designed that effectively manages or eliminates symptoms. Treatments include nutritional considerations, specific vitamins and minerals that are important cofactors in hormone metabolism, herbal medicines and at times bioidentical hormones. One of the little known facts about hormones is that they are made not only in the brain and ovaries, but also in the fat cells and the adrenal glands. In fact 40% of pre-menopausal estrogen and most of the post menopausal estrogen is made in the adrenal glands. The adrenal glands also make stress hormones like cortisol. If the demand for stress hormones is too high, the estrogen and progesterone levels will be affected. Simply put, stress management is part of the treatment plan for hormone balance. Herbs like ashwaganda, ginseng, and Relora can be an integral part of a hormone optimization program.

Herbs can also exert direct effects on the hormones. I have used herbs very successfully for menopausal hot flashes and insomnia and for a variety of symptoms that occur prior to menopause in the 30’s and 40’s. For instance a well designed study showed that Vitex agnus castus decreased PMS significantly in 86% of women.

Only when all the conservative, natural measures have been exhausted do I consider any hormone therapy for women’s health issues. Fortunately, there are hormones one can take that are a step up from the ones that were traditionally used and were shown to increase disease risk. The newer hormones are collectively called bioidentical hormones. As the name implies, these hormones are chemically identical to the hormones the human body makes. They are generally better tolerated than the older generation hormones. The only reason these hormones weren’t used originally, is that pharmaceutical companies can not profit from a chemical they can’t patent as their own. No one can patent nature. Since estrogen and progesterone are from ‘nature’ they can’t be patented. So the pharmaceutical companies came up with what they thought would be second best: estrogens extracted from horses that are kept perpetually pregnant (Premarin) and a synthetic cousin of progesterone called progestin (Provera). Turns out, there are many different types of estrogens and the ones in horse urine are very different from the ones in humans. The horse urine estrogens are quite harsh to the human estrogen receptors.

Estrogens that are identical in chemical structure to the ones found in the human body can be made up by a compounding pharmacist. These estrogens are thought to be better tolerated by the body. For instance, ‘bi-est’ is made up of 80% estriol and 20% estradiol. Estriol is a mild estrogen that is abundant in women’s bodies especially during pregnancy. It can give women the benefit of a boost in estrogen and it is thought to be safer on breast tissue. (It can be used alone as a cream for vaginal dryness after menopause.) Estradiol is another human estrogen that is stronger than estriol in it’s effect. It is often needed to create symptomatic relief. Bioidentical progesterone can provide help in balancing hormones in peri menopause (30s and 40s) and can also provide relief of some symptoms in menopause. It has far fewer side effects than its synthetic cousin, progestin. Oral or transdermal progesterone alone can help hot flashes and insomnia in menopause. Oral progesterone creates metabolites that are sedating and are useful as a sleep aid.

Another advantage of compounded bioidentical hormones is that there are a variety of delivery methods that can be used depending on the desired effect and preference of the patient. Transdermal absorption of hormones has been well established in scientific research. Rats that have transdermal progesterone applied to their skin show higher levels of progesterone in their uterine lining. The benefit of transdermal application of hormones is that we can get a therapeutic effect with less hormone usage. Oral hormones are digested and go straight to the liver for processing, taking a lot of the active hormone out and making potentially dangerous metabolites.

The bottom line on hormonal management is that we should first endeavour to balance a woman’s hormones with lifestyle practices and natural medicines. Then if it is determined that a woman needs further intervention, we should endeavour to use the safest form of hormones, in the lowest dose possible for the shortest period of time. There is much we don’t know about bioidentical hormones. We believe that they are safer and there is some scientific evidence to support that belief. However, there have not been large, long term human trials proving their safety.

In terms of breast cancer, we know that horse urine estrogen and synthetic progesterone slightly promote breast disease, and we think that bioidentical hormones are better, but they are likely not perfect. If a woman has an undetected estrogen sensitive breast cancer tumor, then even bioidentical estrogen is contraindicated. Each woman’s case needs to be considered individually. There is not one program for everyone. I am concerned about celebrity experts like Suzanne Somers who promote high levels of hormones for all. Dose matters. Older women were not meant to have the hormone levels of a young woman, as she promotes. Duration of treatment matters too. The Women’s Health Initiative study showed that it is after four to five years of taking pharmaceutical hormones that problems start to arise in terms of increased risk of breast cancer. I recommend that women who use hormone therapy of any kind use it to stabilize symptoms then slowly wean off. Remember, HRT in menopause just postpones the inevitable. But the process can be much easier if you are weaning slowly, thus controlling the drop in hormones versus the rapid drop that happens in a natural (or surgical) menopause.

This discussion of bioidentical hormone therapy is just the beginning. I encourage you to research further, with a sceptical eye. Menopause is a natural event that happens to every woman on the planet. We must weigh the pros and cons of hormonal therapy carefully. Menopause is also a great time of transformation for women. It is not a disease that requires medication. It is a powerful time of change that many women celebrate.

If this sounds like the care that you’re seeking, we’d love to hear from you.

Take the next step:
Download our free ebook, Optimum Wellness: The Seven Habits of Healthy Living

You can book a complimentary 15-minute “meet-the-doctor” visit anytime by calling the clinic. You’ll be able to ask questions, find out how we can help, and see if there’s a comfortable fit with your naturopath.